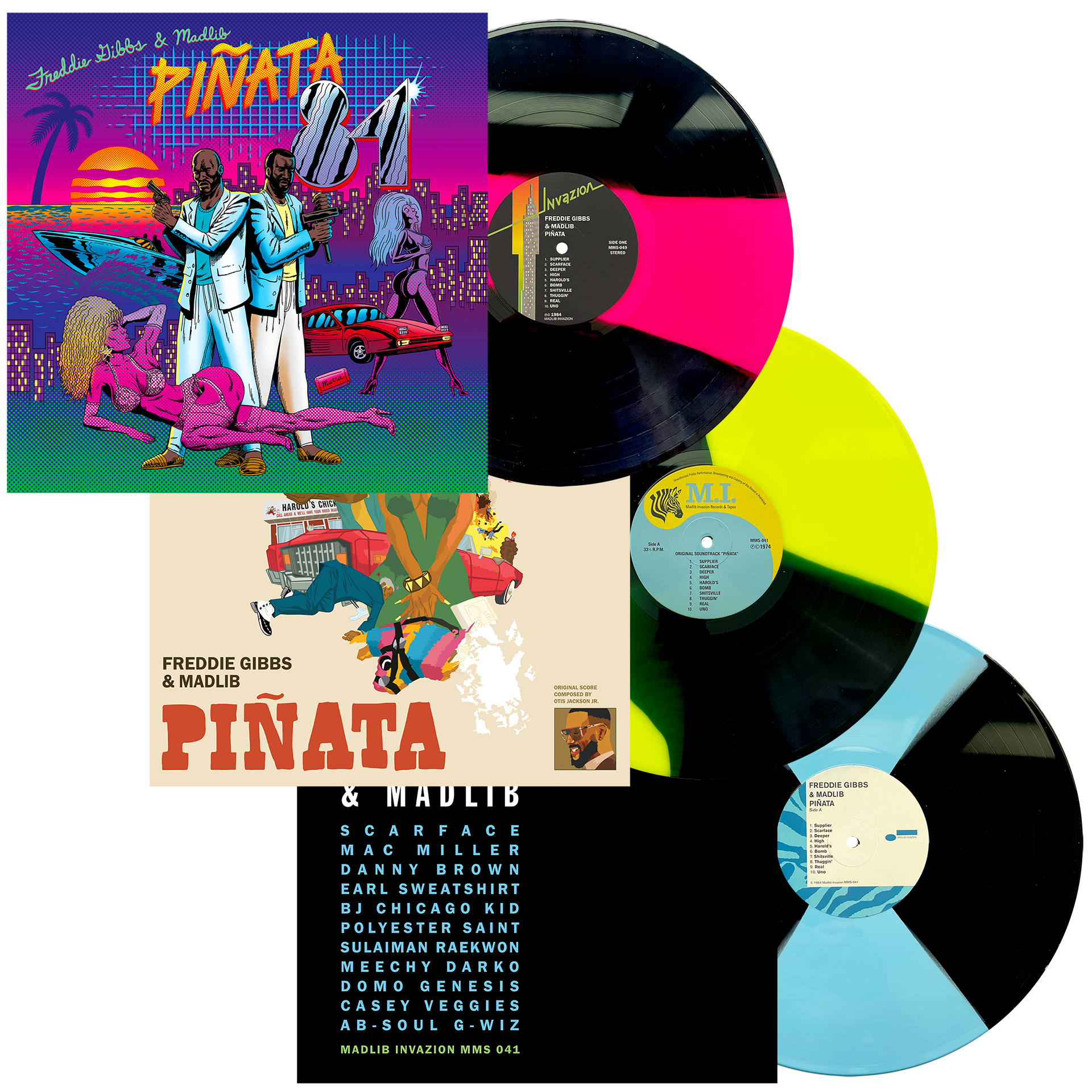 Single-LP edit of Piñata lacquered at half speed master by Metropolis Mastering in London for the highest fidelity.

After the original release Freddie Gibbs & Madlib's Piñata in 2014, cover artist Jeff Jank made a new sleeve for the album in the style of a 1964 Blue Note album. Around the same time, artist Pathetic Pixels created his own personal version of Piñata as a 1970s Blaxploitation movie poster. Both of these design concepts existed only in the digital realm until Record Store Day 2020 when each were prepared as limited edition releases. Because we couldn't resist, Piñata ’84, followed for release on Record Store Day 2021. The cover by Benjamin Marra depicting Piñata as the original soundtrack of a “straight-to-video” Miami Vice-ripoff film.

Thank you for supporting the official Kane Comics merch store! Questions? Read our Store FAQ or Contact Us